Pictures of the snowfall

I went on a walk this afternoon; given the current abundance of snow, I took several pictures while out: 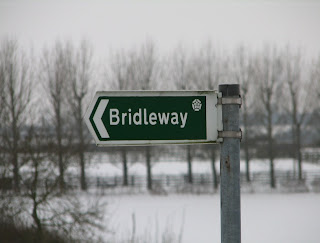 One of the many bridleway signs located around my town. 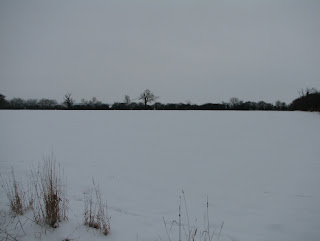 A local field, located near one of the major roads in this part of Northamptonshire. When I took some pictures of this field yesterday I had to shield my camera from being snowed upon, but I didn't have that problem today. 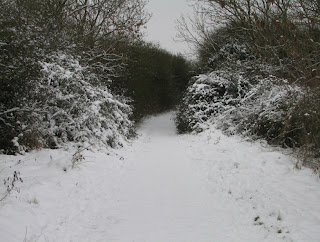 A snow-covered footpath. Despite this being a popular path, the snow here wasn't packed down and slippery like most other paths were. There's a Narnia-esque quality to this image! 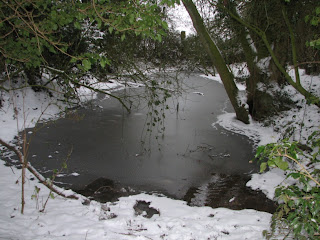 Located on the aforementioned path, this "pond" is deceptive: it looks as though it is fairly substantial, but it's really little more than a huge puddle. I had to crouch down in some bushes to make this capture.
Posted by Andrew-L'autre at 17:32