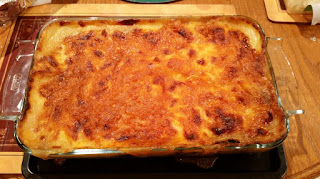 Friday 4th September: Mum cooked a vegetarian lasagna for lunch the following Saturday. While my family is not vegetarian, every once in a while we eat a vegetable-only meal, although it's because we like a particular recipe. 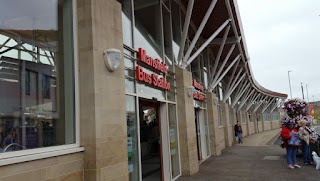 Wednesday 9th September: I visited Mansfield, a massive town in northern Nottinghamshire. I have been driven through Mansfield before but this was the first time I set foot in the place. I travelled there on a Threes bus, taking the long route through the towns of Kirkby-in-Ashfield and Sutton-in-Ashfield; the journey there took almost two hours but my Threes return bus was more direct, taking only an hour to arrive back in Nottingham. 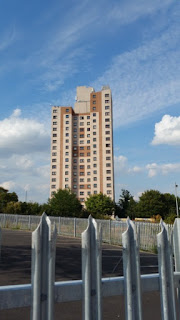 Friday 11th September: This is a residential tower in Clifton. One of my friends just groaned when I asked her what the building ("this monstrosity") is. 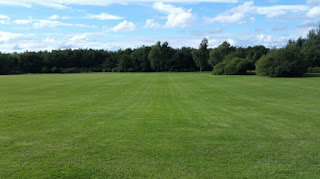 Saturday 12th September: This is the Rushcliffe Country Park, located in Ruddington, which is near the aforementioned Clifton. Ruddington, Clifton and this park are beautiful places.

Tuesday 15th September: Someone drove into a traffic barrier near to one of my bus stops. I didn't see what happened and this has since been fixed (mostly). 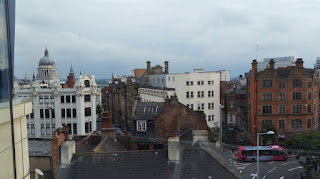 Wednesday 16th September: A friend and I went to the cinema at the Cornerhouse; this is a view of Nottingham taken from the top floor of the building. 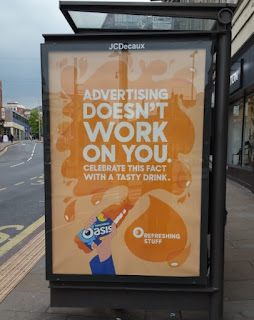 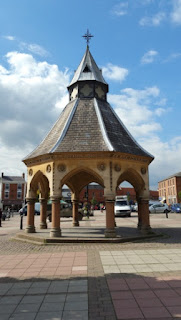 Saturday 19th September: This is the market square of Bingham, a town several miles to the east of Nottingham. This was my first visit to Bingham; I used the voucher for the free ticket to cover the trip. 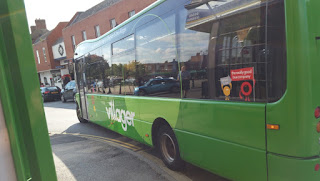 A Rushcliffe Villager bus! I think this was the one that brought me to Bingham in the first place, although as it's been over a month since this day I'm unsure if this was a different Villager bus (same route, though).

When I rode another Villager to return to Nottingham on the opposite route, I photographed the city, which can be seen in the background. 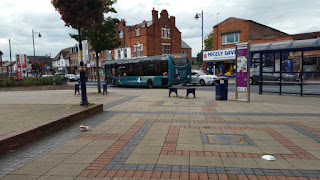 Sunday 20th September: This is the centre of Stapleford, a town to west of Nottingham on the border with Derbyshire. I also visited Long Eaton and Sandiacre on this day. The teal-coloured bus in the picture is the bus I rode to Staplefored; it's on the I4 route. 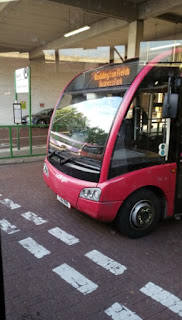 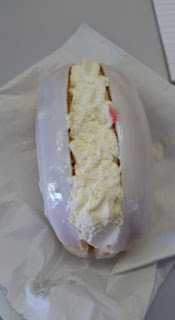 Monday 28th September: At my college, one of my friends discovered that the canteen is now serving these delicious iced buns. While the bun does not look particularly huge in this picture, I can assure you that they are enormous and filling. 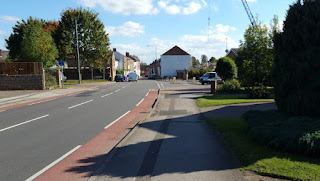 Wednesday 30th September: A sunny day in Hucknall; the road ahead leads back to the town centre whereas behind me is the road to Mansfield.
Posted by Andrew-L'autre at 19:54