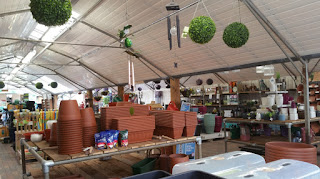 Saturday 4th June: My grandfather and I stopped off at a garden centre on the way back to Nottingham after he'd picked me up from my mother's house. He needed some small plant pots.

Sunday 5th June: This fresh asphalt was placed in my grandparents' town during the half-term break; it was so fresh, in fact, that the "new road smell" was present, more so since it was a hot day. 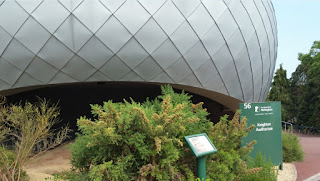 Thursday 9th June: The Keighton Auditorium, where a handful of my fellow students and I went to see Eddie Izzard giving his pro-EU talk at the University of Nottingham. 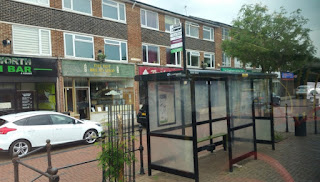 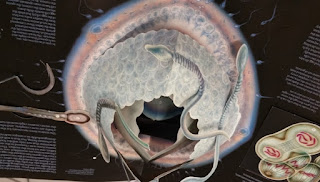 Thursday 16th June: One of my friends at college discovered this pop-up book about the human reproductive system, which both of us found fascinating. My family used to joke about such a book but I didn't think one actually existed! 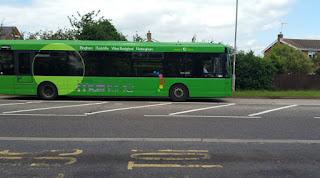 Saturday 18th June: The Rushcliffe Mainline as it was passing through Bingham on this beautiful and sunny late morning/early afternoon. This bus picked me up a couple of minutes later. 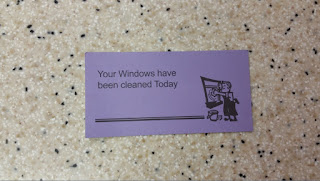 Thursday 23rd June: My grandparents' window cleaner passed me this note in the morning so that they'd know he'd been around to clean. They've had the same window cleaner for at least the past six years; I remember him from when my family and I moved back to the United Kingdom and I've spoken to him a handful of times since I've been at college, as well as made him coffee - hot, two sugars! 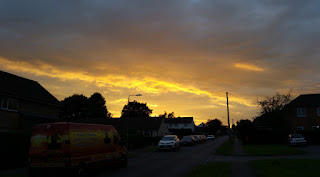 On the evening of this day, this was the state of the sky as I was on the way to the polling booth. I wasn't sure whether to take it as an omen of the coming result or to accept it as a mere beautiful sky. 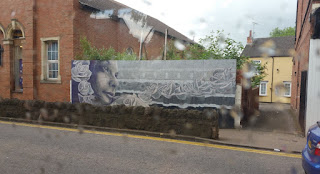 Saturday 25th June: This mural in Hucknall appeared to materialise out of nowhere; it's near to where the construction has taken place so I wondered if it was a new addition due to all that.

Monday 27th June: Here comes a pigeon! I travelled on Indigo to Long Eaton after college, where this pigeon participated in a high-speed landing. The reason I was able to photograph it was because it flew as I took the picture, not because I was aiming for the pigeon. 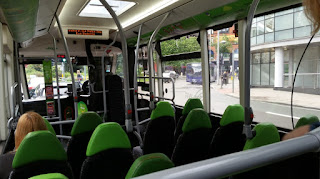 Wednesday 29th June: My buses were being slightly re-directed, for part of the street their stops are located was blocked off due to roadworks and they had to drive up the main road and around to circumvent said block.
Posted by Andrew-L'autre at 22:43