My second post for my participation in Stephanie's Secret Life of Bloggers Blog Party; I had anticipated having a difficult time obtaining photographs for this week's post but I performed much better than I expected: 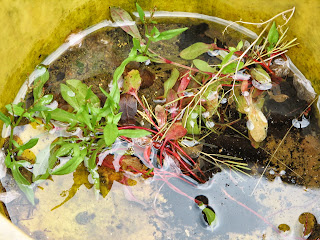 Saturday, 1st June: We went outside to do some gardening on this day; I noticed this plant growing in a bucket. The dirt came from when we washed a root ball in the bucket a few months ago and the water is from the rain. I'm impressed with how this plant, which is a weed, has grown despite the scant amount of dirt compared to all that water. See all those roots? 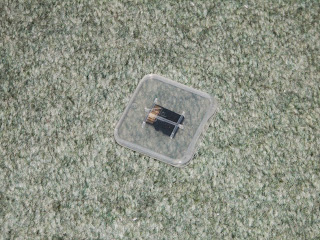 Sunday, 2nd June: We ended up spending part of the day messing around with the SD card for my phone. For the past three weeks, my SD card has been faltering; despite attempts to fix the problem, the issues persist. Apparently, it's a known problem that high-capacity SD card sometimes fail; I will have to replace the card, which is annoying for both the inconvenience and because this card cost me £15. 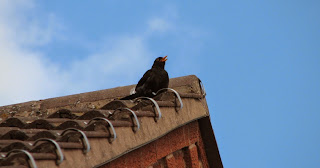 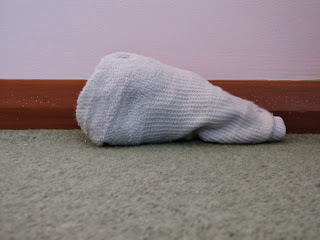 Tuesday, 4th June: Perhaps the oddest picture for this week is of a pair of my socks. The 4th of June was the first day this year when it was warm enough for me to leave my socks off whenever I was in the house; I still had to wear socks while out, obviously, but indoors...I could have them off! This image symbolises (to me) the change in weather from the extended winter into — hopefully — spring/summer. 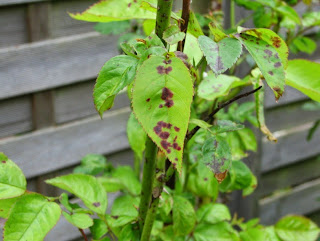 Wednesday, 5th June: Two of the rose bushes in our backyard are afflicted with blackspot, a fungus caused by dampness and humidity. This bush's leaves were covered with it but Mum cut away the majority of the infected leaves; the other bush's affliction was minor. Mum reckoned that the bush with the heavier infection is old. 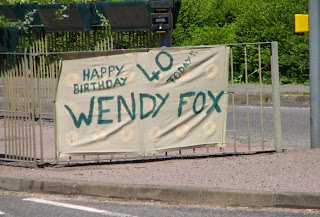 Thursday, 6th June: When I took my main camera with me on my walk on this day to get a picture of the moorhens, I didn't expect to take a picture of this banner on the railing for a crossing island on the main road through our town! Whoever Wendy is, she turned 40 yesterday; I hope she appreciated the gesture and wasn't bothered about her age being advertised! 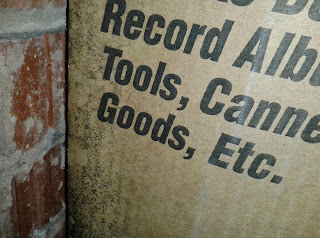 Friday, 7th June: My brother, mother and I sorted out some of our belongings that are still being stored in the garage. We discovered that some of the boxes stacked at the bottom and located near the wall had become damp and mouldy, just as this one had; a few books inside the boxes had been ruined but the books we lost weren't important. We were lucky that some of our more precious books were unaffected.

Here is Stephanie's post for this week. Now looking forward to week #3!
Posted by Andrew-L'autre at 22:34