August 2016 provided a fair selection for the Secret Life of Bloggers Blog Party: 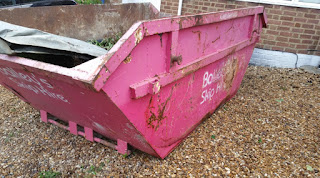 Thursday 4th August: There is a company in Northamptonshire that features these hot pink dumpsters/skips as part of their services. Hot pink isn't a colour usually associated with garbage so this one and others stand out. 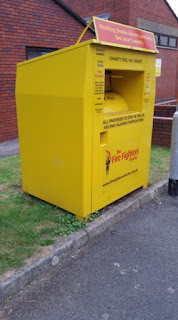 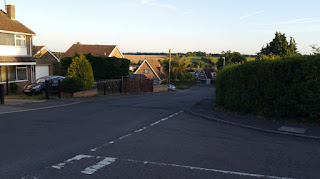 Sunday 7th August: This was a sunny evening in the town of Rothwell. I walked to this town on most days as a part of catching up on exercise I'd missed out on over the preceding few months. 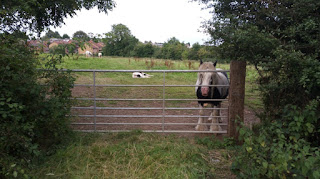 Wednesday 10th August: Ah...a resting horse and a hungry horse! The one on the right was the first horse I'd stroked since 2009; however, the ones I stroked in 2009 were happy for my company whereas this one was only interested in food - to the point where they were trying to get into my bag. 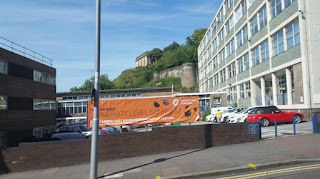 Tuesday 16th August: During my sole visit back to Nottingham over the summer, I was sure to ride past my old college on the bus. So far, the place hasn't changed much as a result of the ongoing merger between it and New College Nottingham, although the student lanyards have emblazoned on them "student" now rather than "Central College Nottingham". 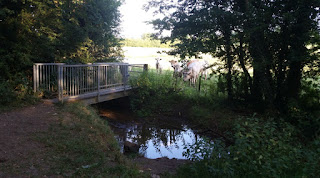 Wednesday 17th August: These cows were also interested in food but alas, I had nothing for them. 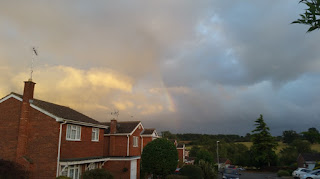 Saturday 20th August: It the centre of this image is a semingly faint rainbow; however, in person it was significantly more bright. It's unfortunate that my phone's camera is often unable to capture the fullness of a rainbow.

Saturday 27th August: By contrast, my phone's camera was able to pick up the blanket-like quality of these clouds with ease. 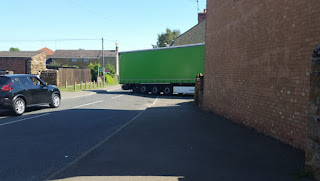 Tuesday 30th August: This truck spent nearly ten minutes entering the narrow gate to a factory situated out of the photo. Even though it was blatantly obvious to onlookers what was going on, that still didn't stop some people from hooting as though doing so would magically make the truck hasten its entrance.
Posted by Andrew-L'autre at 20:48