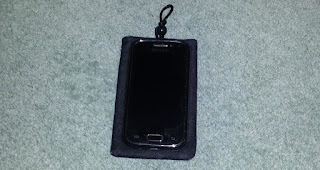 I am using the Ace II again but not as a phone: I am using it as a media player; rather than continuing to use my current phone for music, I'd prefer to place a storage card back into this device and use it instead for my headphones/earbuds instead. Unfortunately, a used Ace II isn't worth much now so it's better that I keep it. Also, the Ace II is not affected by any headphone jack bugs.

In my opinion, this is a good way to re-use an obsolete device!
Posted by Andrew-L'autre at 23:28