The Secret Life of Bloggers Blog Party for the month of June, for the year of 2015: 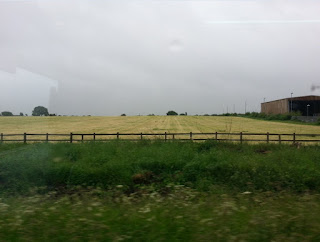 Tuesday 2nd June: This is a field near a roundabout on my bus route, which I photographed on the morning of the English exam. I was slightly worried about the morning traffic until I passed the roundabout. 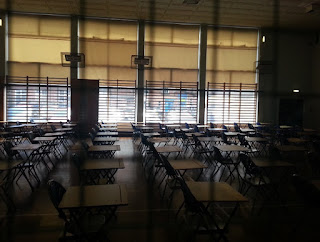 Wednesday 3rd June: This is the college gym, which was where my classmates, a large portion of the student body and I underwent our English exam. The English exam was the only exam I had in the gym; the rest were in classrooms or in a hotel. 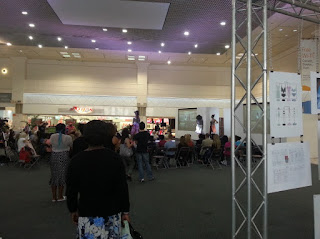 Friday 12th June: My friend and I conducted some shopping on this day. While we were out, we encountered this fashion catwalk in the Broadmarsh. I've seen catwalks on television, in movies and in magazines but, as far as I can remember, not in person until this occasion. 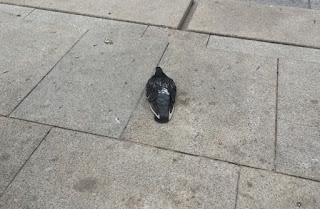 Monday 15th June: This pigeon was either resting or waiting for a human to drop some food. City-based pigeons are notorious for eating human food off the ground, even waiting by you in the hope you'll drop crumbs. 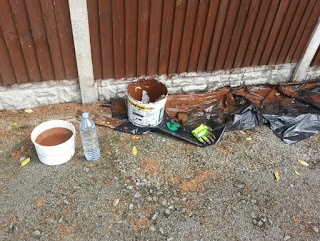 Thursday 18th June: This is when I spent the day painting fences. I touched my painting up on a later day. I think my work was satisfactory while my grandparents think I did an excellent job. 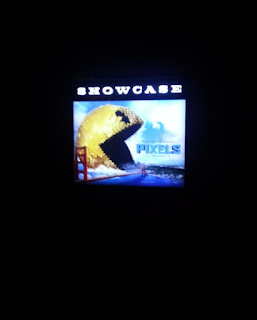 Tuesday 23rd June: I went to the cinema on this day with my grandfather, aunt, uncle and a cousin. While there, I saw this screen advert for a film called Pixels. I saw the trailer for it, too. 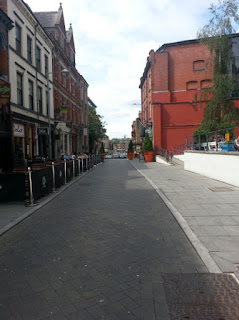 Wednesday 24th June: My friend and I dined for lunch at a fancy sandwich/milkshake shop on this street. Off camera and to the right is a theatre that my friend used to visit. 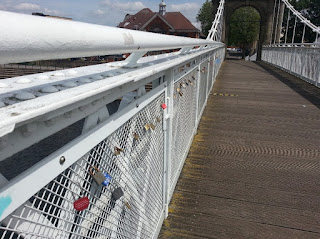 Monday 29th June: Remember when I wrote about love locks? I encountered some on this bridge over the Trent. I seem to recall this bridge once being closed for maintenance; while I appreciate love, I've written before about what happens if a bridge is covered with too many love locks!
Posted by Andrew-L'autre at 20:25