The bus operator with which I've ridden the most has been a company called Trentbarton. Since I've been in Nottingham, I've used their buses on all occasions except for two (the college bus to London and an independent bus operator during my first visit to Hucknall).

I've ridden three of Trentbarton's routes; here are pictures of the bus interiors of said rotes: 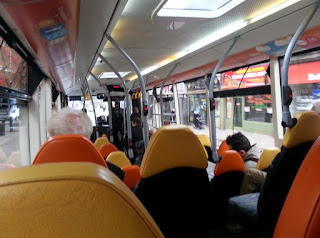 This is on the route known as "The Threes", which services Hucknall and some of its surroundings. I took this on my second visit to Hucknall and The Threes buses are notable for their orange colour. 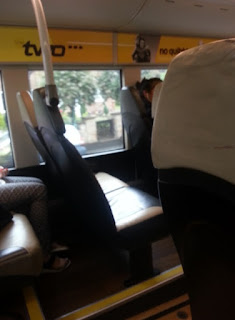 This is the "Two" route, which services parts of western Nottingham, and I took this a few days ago.  This is also the bus I was on that recently avoided a collision. The only Two bus I've observed so far has been yellow. 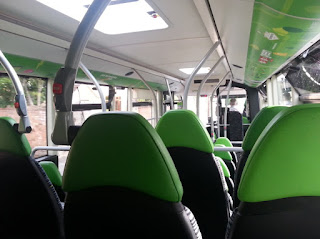