For the end of August, here are July 2016's Secret Life of Bloggers Blog Party photos. 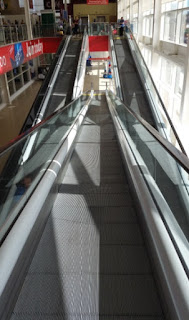 Friday 1st July: These are the inclined moved walkways in the Tesco Extra in Long Eaton. During my last month in Nottingham before the summer, on some evenings I would travel to Long Eaton for no other reason than the pleasure of riding the bus. 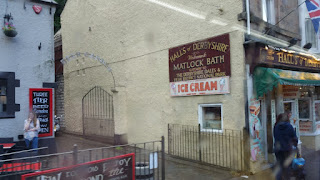 Saturday 2nd July: This is Matlock Bath on the day I travelled to Bakewell. I enjoyed seeing Matlock Bath again after three years. 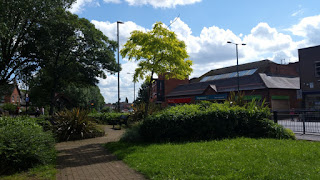 Sunday 3rd July: This is the centre of Bulwell as I was walking to Hucknall. At this point in time I was having a much-needed break, as I was discovering that I wasn't as fit as I was a year ago. I stopped off at the Tesco Extra here for some extra food and water because I needed the energy. 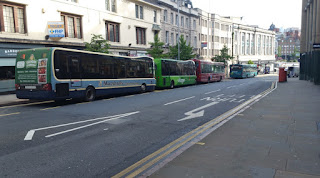 Monday 4th July: I spotted this neat row of buses on the street on which I would catch my bus back to my grandparents' house. 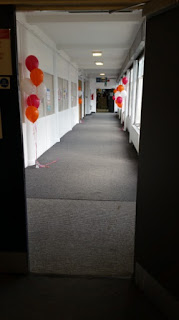 Thursday 7th July: This corridor at Central connects Reception with the corridors to the Library and down to the gym. I stood at this intersection directing people for the Experience Day, hence the decorative balloons. If I recall correctly, the amount of visitors the college had for the day exceeded 300, if not much more. 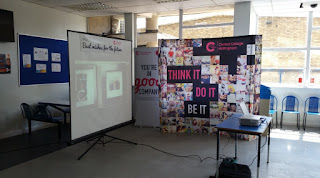 Friday 8th July: This arrangement was for the principal, as it was his last day at Central. I was at his farewell party, which started an hour after this picture was taken. 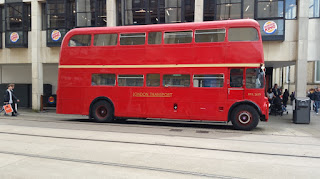 Saturday 9th July: I noticed this red London bus on what appeared to be an army event day in the centre of Nottingham. 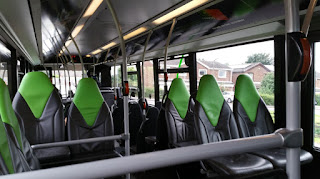 Tuesday 12th July: On this day, I took my final ride on the Calverton Connection of my Access era in Nottingham. When I next visit Calverton I'll be a student at Nottingham Trent University. 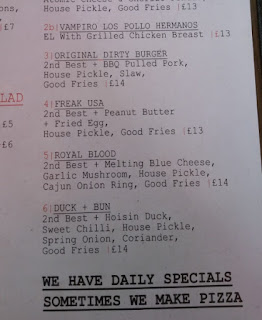 Thursday 14th July: I liked the "Vampiro Los Pollo Hermanos" (obvious reference to Breaking Bad) and the sentence at the bottom about daily specials. 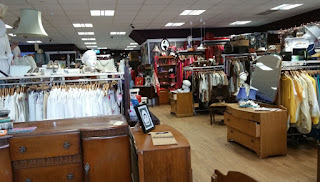 Friday 15th July: A friend of mine and I visited this charity shop, which featured clothing and furniture styles from the 1920s-40s. 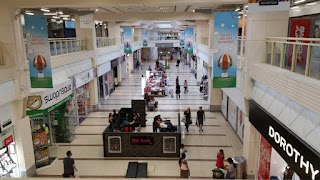 Saturday 16th July: This was my final full day in Nottingham before the summer break. This is from the upper floor of the Broadmarsh looking down. 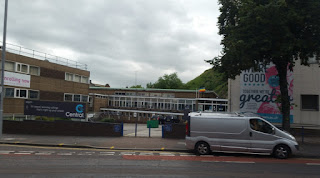 Taken on that same day while on my bus back to my grandparents' house, this is a view of Central. 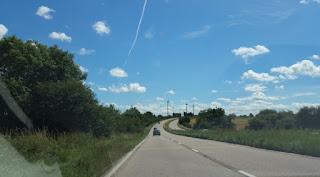 Sunday 17th July: This is stretch of road on the route my grandfather takes between his house and my mother's. 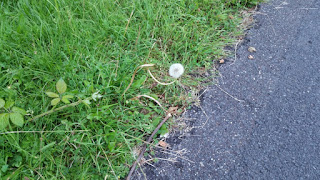 Friday 22nd July: I spotted on the ground this bending dandelion. 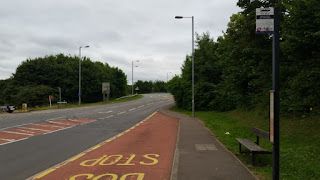 Sunday 24th July: Just up ahead are roads leading onto a major route through Northamptonshire. I walked on that route over a year ago. 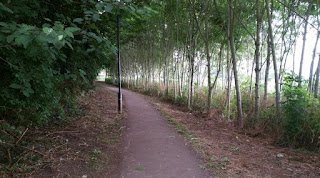 Tuesday 26th July: I think the last time I walked through this wooded area before recently was a couple of years ago, at least. I don't recall ever going down it during any of my breaks from college.

Friday 29th July: This was a piece of free cheese my mother received in her shopping delivery; in return for trying it, she wrote a review about the product for the company.
Posted by Andrew-L'autre at 23:09