At long last, here are March and April 2016's Secret Life of Bloggers Blog Party posts, merged into one piece along with those from May of this year: 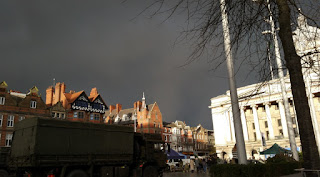 Saturday 5th March: This menacing black cloud lorded over Nottingham on this evening; I posted another picture of the cloud nearer to the time of its appearance. 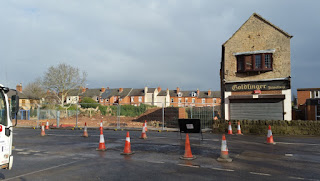 Sunday 6th March: Various construction projects have been occurring in Hucknall recently; this one is near to the town centre. 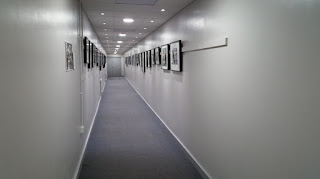 Wednesday 9th March: This long hallway can be seen when someone enters a part of my college campus separate to the main building. 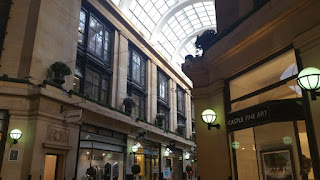 Friday 11th March: I rarely go inside the Nottingham Council House but sometimes when I do, I take a photograph to allow others to see its interior. 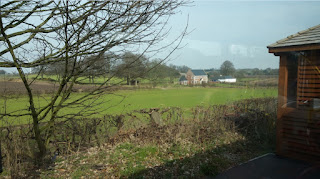 Saturday 12th March: I rode the TrentBarton 141 route for the first time; while it travels through various villages from Hucknall to Sutton, I departed the bus in Mansfield. 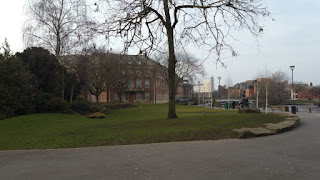 Sunday 13th March: Just a small of the centre of Derby, looking over the river towards the Jurys Inn. 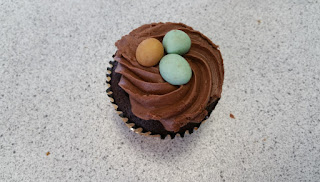 Monday 14th March: These cupcakes were available in my college's canteen in the weeks leading up to Easter. They are delicious! 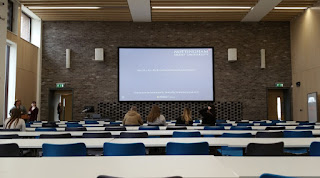 Saturday 19th March: In this room, I listened to a speech by a Nottingham Trent University lecturer about English. The lecturer appear after I took this photo; I wasn't on my phone while he was speaking, of course. 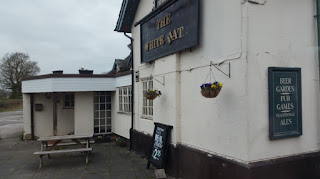 Tuesday 22nd March: The White Hat is a pub on the TrentBarton Black Cat route; this was my first journey on Black Cat.

Thursday 24th March: I received this free chocolate Creme Egg on my bus trip back from college. 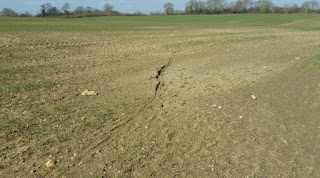 Sunday 3rd April: I spotted this muddy area with a track through it in this field not far from my mother's house. 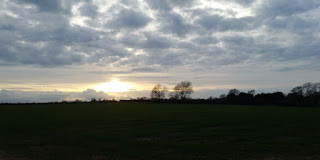 Friday 8th April: From a field near to the one in the previous picture, I photographed this sunset. I was careful to not directly point my phone at the Sun, even with the clouds surrounding it. 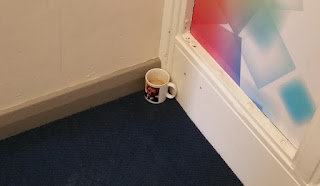 Thursday 14th April: I spotted this odd mug located in a random corner of my college; in particular, on the main stairwell. It was still there the next day but has since been removed. 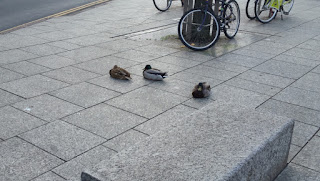 Also on the 14th of April, I spotted these three ducks lying down near one of the main bus streets in Nottingham. Despite the noise of people and traffic, they appeared to be comfortable. 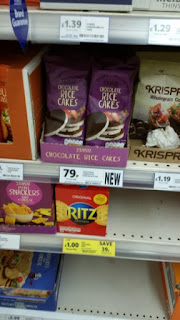 Friday 15th April: Chocolate rice cakes are not something I recall coming across until I noticed them in the Tesco inside the Victoria Centre. 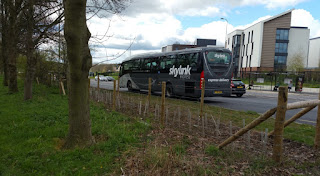 Saturday 16th April: This is Skylink Express, which is one of TrentBarton's newest bus routes; I used it to travel to Clifton and was my first time on the link. 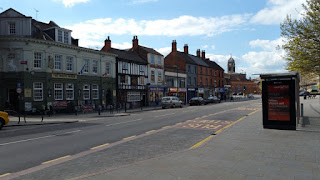 Sunday 17th April: Another view of an area near to the centre of Derby. Not a bad area to walk around, central Derby. 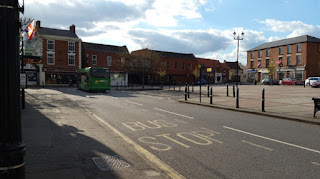 Also on this day, a view of a part of the market square in Bingham. I was there in the early evening on this day. 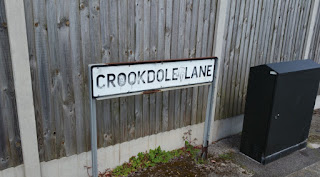 Saturday 23rd April: I thought this was a pretty neat name for a street; it's located in Calverton. 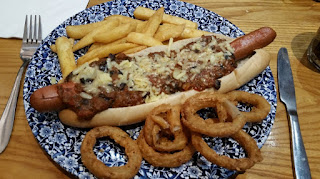 Sunday 24th April: A friend and I went to the pub on this afternoon and I ordered this chili dog, which was extremely tasty. I walked some of it off later in the day. 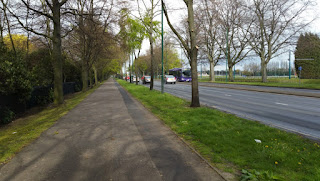 Saturday 30th April: The University of Nottingham is located near this major route; however, as NTU is the university I'll be attending, I won't be in this area. 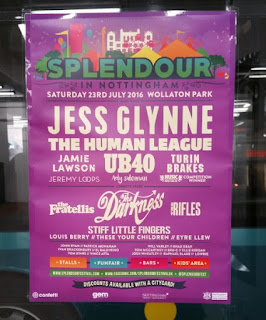 Monday 2nd May: Jess Glynne is coming to Nottingham! A shame that I won't be attending her concert, however. 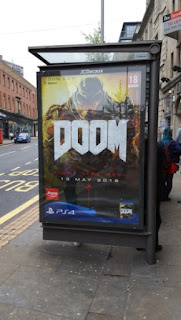 Wednesday 11th May: Billboards for the next Doom game by iD Software started to appear around Nottingham. 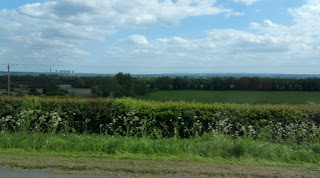 Saturday 14th May: This scenery, which includes a view of the Ratcliffe-on-Soar power station, was taken from a Red Arrow bus. 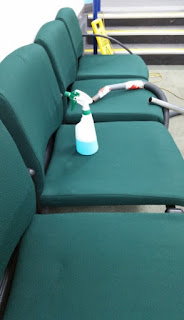 Monday 16th May: My college received some brand new chairs for its reception. I was present while the chairs were being installed. 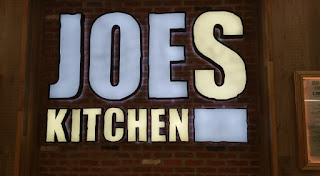 Saturday 21st May: Joe's Kitchen is a restaurant that came to Nottingham during the improvements to/expansion of the Victoria Centre. I haven't yet eaten there, though; I like the sign. 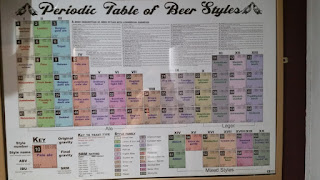 Thursday 26th May: The "Periodic Table of Beer Styles" was something I encountered on this day. 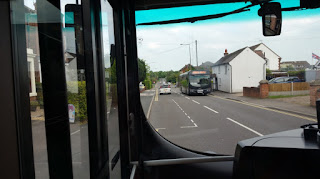 Saturday 28th May: I recently learnt how enjoyable it can be to sit in the non-driver front seat of a bus. I usually sit on the first set of raised seats but on some buses I take this front seat, if possible. I think this was near Draycott but I'm not fully certain.
Posted by Andrew-L'autre at 20:21